LAND AND CADASTRAL SURVEY SERVICES IN KENYA AND AFRICA


Cadastral surveying is the discipline of Land Surveying that relates to the Laws, Acts of Land Ownership and Definition of Property Boundaries. At Orbital Africa, we offer a wide range of land survey services in Kenya and Africa at large. These services include New Grant surveys, Mutations, Subdivision, Amalgamation, land adjudication, Wayleave survey, Easement Surveys, Sectional property surveys among others. These surveys involve interpreting and advising on boundary locations, on the status of land ownership and on the rights, restrictions and interests in property, as well as the recording of such information for use on plans, maps, etc.

Land Surveys also involve the physical delineation of property boundaries and determination of dimensions, areas and certain rights associated with properties, whether they are on land, water or defined by natural or artificial features. The Survey for demarcating boundaries of urban plots and rural farms/estates used to obtain legal ownership of land. Our precision, accuracy and timeliness to perform quick surveys of boundaries of regular or irregular land parcels to produce adjudication maps often required for valuation and compensation of land properties to facilitate acquisition of land for public investment purposes. Accuracy in the surveys is important since, among other things, it helps surveyors to determine the best equipment and suitable methods to use. Furthermore, accurate land parcel information is a fundamental tenet of cadastral systems. High accuracy may also imply high cost! 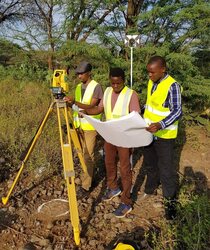 Land can be subdivided into various portions or amalgamated into a single portion. The following are steps for land survey: The first step taken by the landowner who wishes to sub-divide land will be to Conduct an Official Title Deed Search at the local land registry. To conduct the search, which normally takes three days, one must produce a copy of his/her national identity card, a copy of KRA PIN card and the copy of title deed number or its number. The search is important because it enables you to ascertain ownership of the land, and whether there are any encumbrances on the land, for instance, it might have been used to secure a loan.

After the official search, the landowner, with the help of the surveyor, is required to obtain a Registry Index Map (RIM) from the Survey of Kenya. The RIM is a map that covers a large geographic area in which the land to be subdivided lies. After getting the map, the surveyor visits the land where he/she might Take some Ground Measurements to ascertain that the measurements indicated on the maps are the exact measurements on the ground. The reconnaissance also enables the surveyor to plan his/her work in order to avoid setting boundaries that might conflict with buildings and other permanent structures.

The surveyor then prepares a Subdivision Scheme, which must be signed by a Registered Physical Planner who, once satisfied with the surveyors’ plans, gives a Physical Planning Act form commonly known as PPA 1 Form. The subdivision’s blueprints are then taken to the County Lands Office for approval, after which a PPA2 Form is issued. After submitting the Subdivision Blueprints, a current Title Search (valid for three months after date of issue), the PPA1 and the PPA2 forms, the land owner can Book a Meeting with the Local Land Control Board. The land control board is a meeting of local elders who sit at the district level (now sub-counties) and approves all land transfers in their area. A meeting with the land control board must be booked at least two weeks in advance, and the board sits only once a month.

During the meeting with the land control board, a land owner is typically asked what their intentions of subdividing the land are. He/she is also required to present himself/herself in front to the board with their spouse. 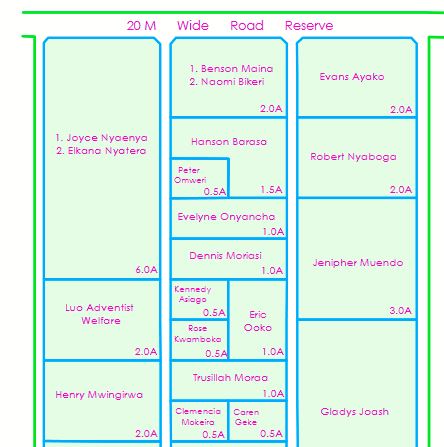 After getting the Land Control Board’s Consent, the surveyor places Beacons to mark the boundaries. For general boundaries, which is usually the case in many rural areas, an error margin of one metre is allowed when the placement of beacons marking the land’s boundaries. In urban centres, however, cadastral (fixed) land boundaries, whose beacon positioning is measured in coordinates, are preferred.

Once the boundaries are marked, both the land owner and the surveyor are required to sign three copies of the Mutation Form, which are further signed by a more senior surveyor, known as the Licensed Surveyor. The mutation forms, together with the search document, the consent form from the Land Control Board, the PPA1 and the PPA2 forms are then deposited with the district survey office, where a cartographer allocates new plot numbers to the subdivided plots. The same documents are then taken to the respective land county registries to allow the land registrar to register the titles. The copies of mutation forms certified by the land registrar are then deposited with the Survey of Kenya to allow for the amendment of the maps.

Some of the Land Acts and Legislations in Kenya 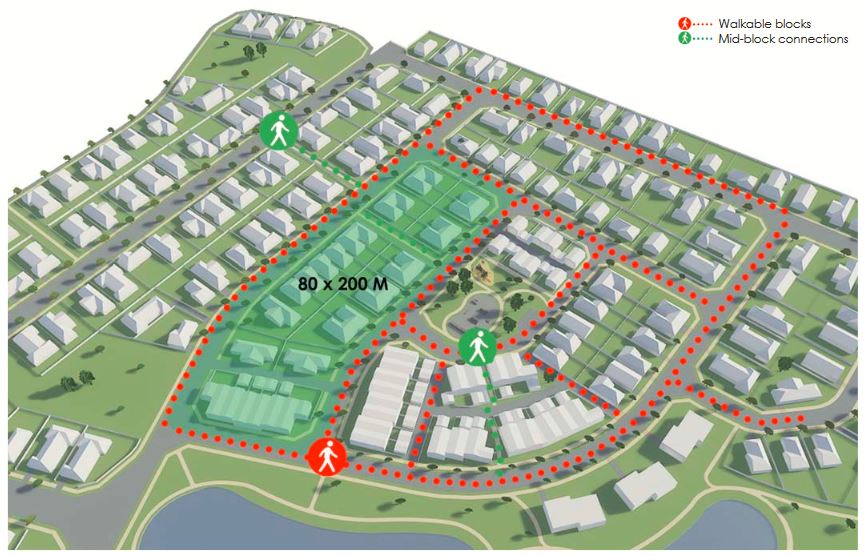